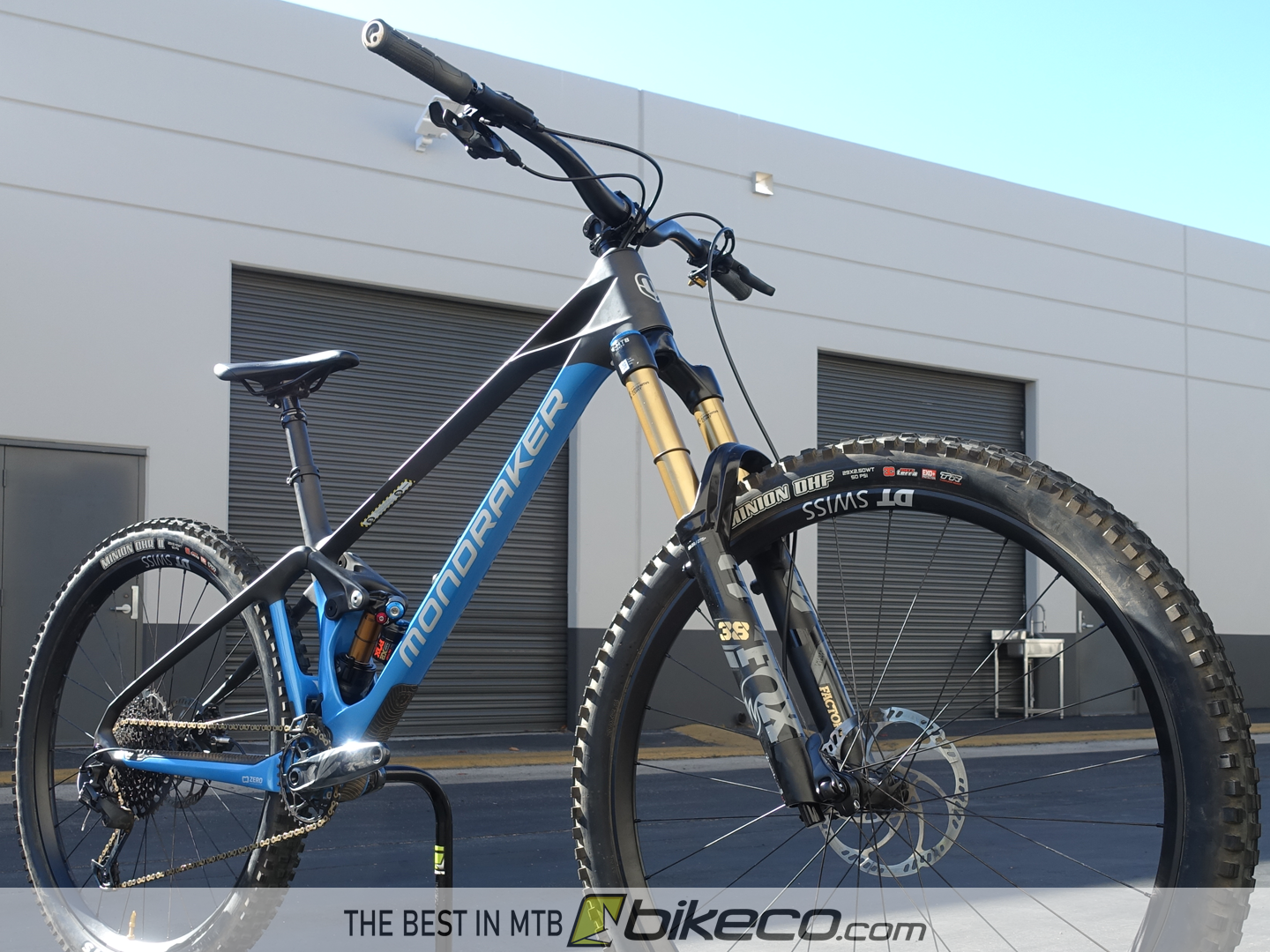 Well, there’s good and then there’s great I suppose right? For me as a bigger rider I was pushing the stock FOXY suspension outside of it’s performance window – so it was time to make an extra FOXy Mondraker FOXY! Is this a total indictment of the Ohlins? By no means – but – wanting a little bit more punch out of my bike the FOX Float 38 GRIP2 and Float X2 were awesome additions to the FOXY.

You can watch and read about the riding conditions that led to this part swap here (essentially Ohlins RXF was pushed past its mid-stroke and rebound design parameters).
And watch and read about my extdended first ride thoughts on the Mondraker with Ohlins here. (it was SO close, but, I’m 100% happier with what you’ll see below).

I’ve got another write up coming with some extended ride details on the Mondraker FOXY with a FOX 38 and X2 that will go into more details – but for now enjoy a handful of shots and some basic details of this suspension swap.

8/31/22 Update: Check out my extended ride review on the Mondraker FOXY Carbon here!

This bike with the Ohlins suspension weighed in at 30.8 lbs. With the FOX 38 and the Float X2 the FOXY weighs 31.8 lbs. 1 lb overall on an enduro bike isn’t even a conversation to me until we get closer to 33 lbs maybe?

Like the fork the Ohlins rear shock was struggling to slow the rebound enough at the higher end of its PSI range. This created a harshness, particularly at speed.

Changing the spec to the FOX Float X2 I regained the rebound control and was able to increase the mid-stroke support as well. The X2 features high and low speed rebound as well as high and low speed compression and a climb switch. I haven’t used the climb switch at all on the Mondraker FOXY (either with the Ohlins or the FOX) as it pedals so efficiently in the open mode and having it remain open has benefits in tricky climbing conditions.

I’ll go into it further in another text – but I had an opportunity to run two different tunes on the X2 already. One that was for another bike with somewhat similar attributes. And that one was HORRIBLE. But, when I put on the X2 with a tune designed for the Mondraker Zero Suspension it was heavenly. (I almost wonder if Joe was just proving a point to me? hahaha…)

Again, changing from the Ohlins to FOX suspension on my FOXY isn’t something that every rider will need to consider. But, as a heavier rider (around 270-275 right now – haven’t really been watching it too much this year with all the other stuff going on in my world and family haha…) and a rider who prefers punchy, supportive suspension the Ohlins was outside its design parameters.

For lighter riders the Ohlins versus FOX debate is a question on how plush you’re looking to go versus how much punch you prefer.

While the Ohlins was close, going to the FOX suspension was an eye opener on the difference between “almost” and “dialed” in the MTB world.

Much more to come on this 170mm fork 150mm rear travel Mondraker FOXY Carbon – or, since I guess the 170mm fork 160mm FOXY is the SuperFOXY I suppose I’m going to call this bike the Mondraker Extra FOXY? I mean, gotta tip my hat to the 38 and X2 unlocking the bike for me!

More to come with an extended ride review of the Mondraker FOXY Carbon with FOX 38 and Float X2!