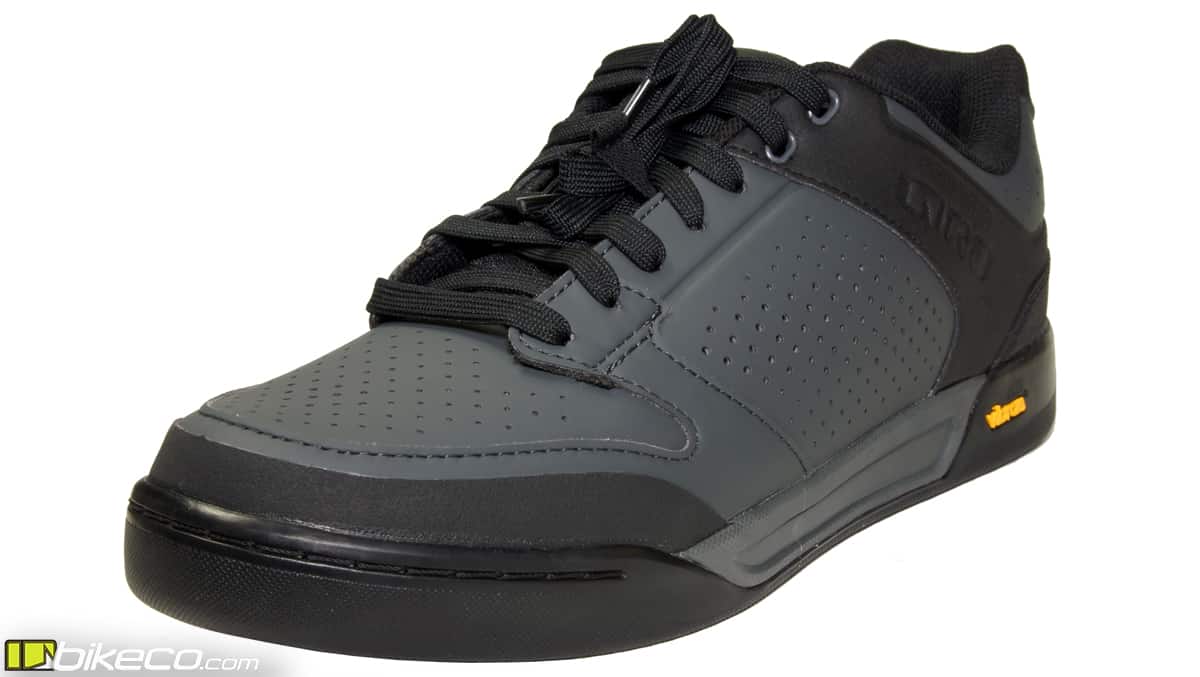 Riding flats I needed some fresh shoes – and the new Riddance from Giro jumped out at me. What do I think so far? Check out the Giro Riddance Shoe First Ride Review. Ok, first few rides if we’re being honest…

The Riddance is a notably light shoe and features a Vibram sole.

This is my first MTB shoe with Vibram but many of my hiking shoes were built around this rubber. I’ve found Vibram absorbs impact well comparatively per depth of sole and lasts a long time. I expect the Giro Riddance soles to perform similarly.

The Vibram sole doesn’t feel quite as sticky as Five Ten’s Stealth Rubber but it’s soft enough to be effective. The Giro Riddance has smaller lug depth than many of the Five Ten options.

Riddance fit as expected for MTB shoes. The 45 was a touch tight and the 46 was just enough larger without being sloppy. As a reference I also wear a 46 in Five Ten as well as Merrell hiking shoes.

I prefer lace up shoes at this point. Really I have no clear reason in terms of performance, but maybe they have a more consistent pressure across my foot. I know that I can’t stand most Boa shoes as they create hotspots when cinched down.

Honestly these thoughts aren’t fully validated quite yet since I haven’t been on flats in a long, long time – but here we go.

Even with the shorter lug depth than say a Five Ten Impact (my previous flat shoe) I found the Riddance planted well on the pedal. Many of the newer Five Ten shoes actually feature shorter lugs than the earlier models as well.

The Riddance provided confident traction on the pedals. The Vibram sole has enough grip to lock on to the pedals with a bit of heel twist (thanks to Kevin Aiello for the riding tips by the way).

I hiked up a couple trails and the Giro Riddance was an acceptable in feel and traction.

Heel retention is impressive in the Riddance. I’ve run the shoes tight, medium and sort of loose without slop which is important. Poorly designed shoes with foot float are hard to get around. The Riddance fits as you would expect.

The stand out feature to me, sorry I guess I’m impressed with little details, is the lace retention strap on the tongue. Super clean, effective, not making it harder than it needs to be. Love it. 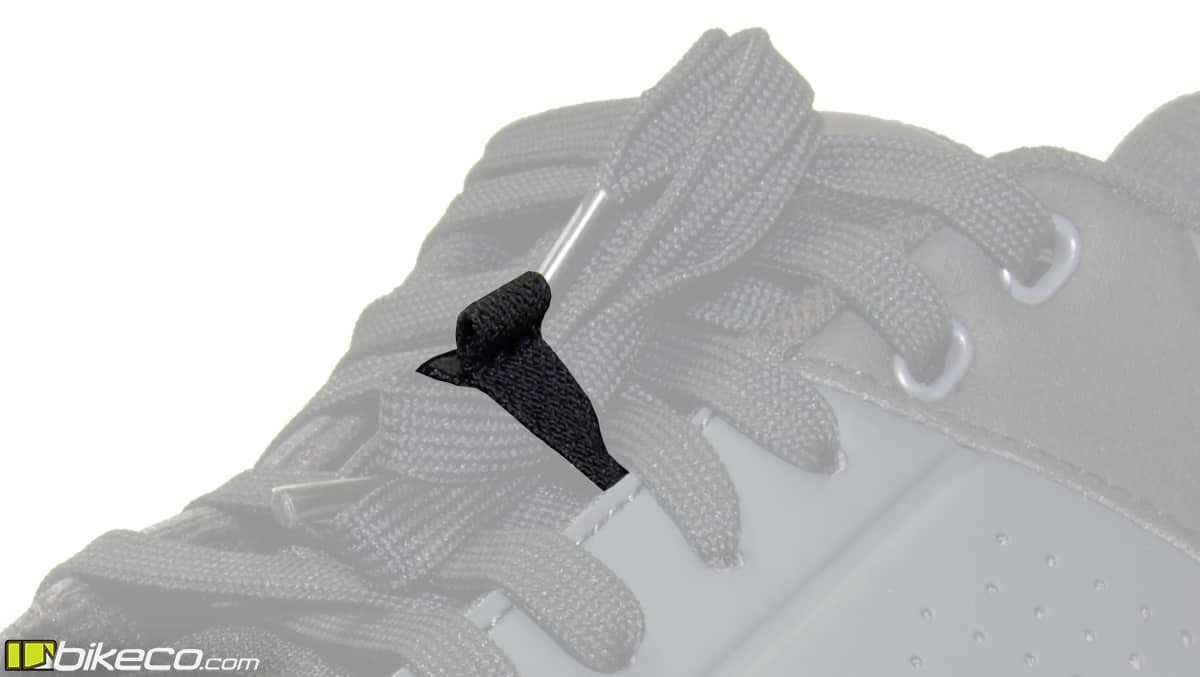 The Story So Far

I look forward to more miles in the Riddance. The shoe feels well built so I expect them to have a good life span. The shoe is inconspicuous enough to go straight from the trail anywhere you need to go – although I doubt it’s a “casual” option for me after a few rides… at least not around the better half. I’m interested in how the Vibram sole holds up to pedal studs in the long term but I haven’t had chipping issues with other Vibram soles and doubt this will be the first. 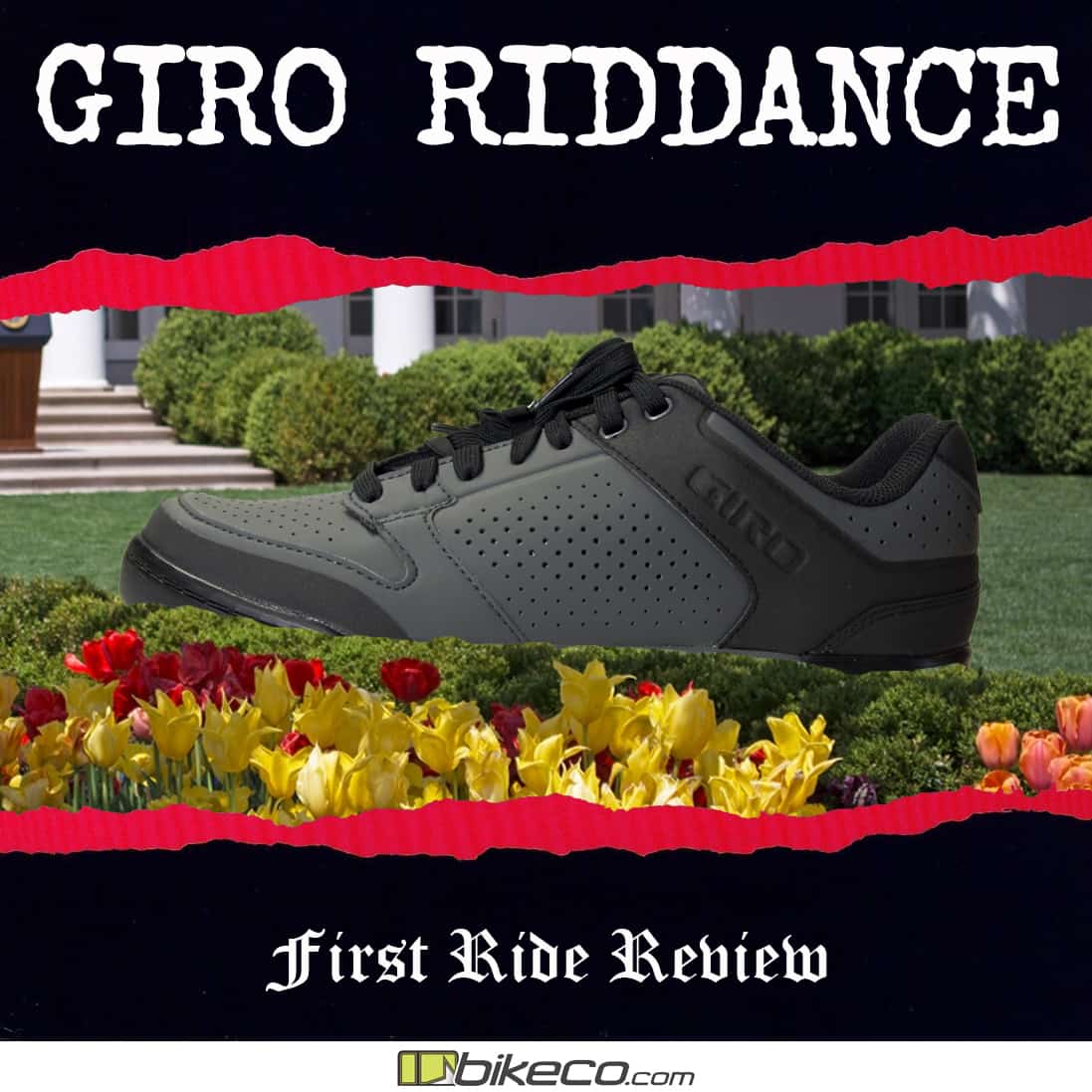