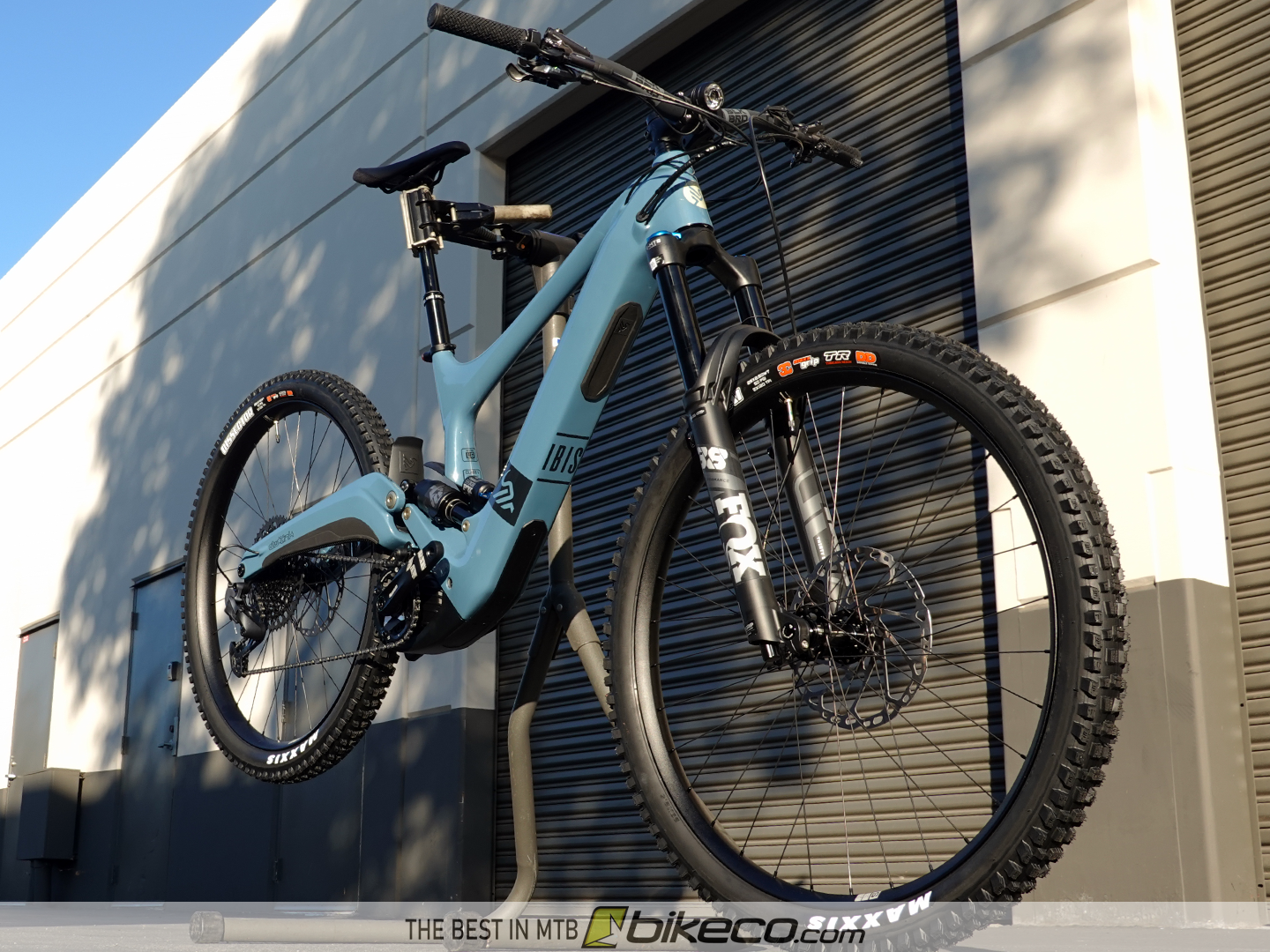 Ibis launched their long awaited entry into the eMTB realm with the Ibis Oso! With 155mm of Dave Weagle rear suspension paired to a 170mm fork and powered by the powerful Bosch Performance CX motor this is a bike that lives up to its marketing of #DownhillBothWays

Enjoy some detail shots and descriptions of some of the stand out design of the new Ibis below.

Already know this is the ebike for you? Reach out now to get on some of the first Ibis Oso’s available here at BikeCo.com!

The Oso has a divergent rear triangle design philosophy than you see on the Mondraker Crafty or the Yeti 160E – more like what we’re used to seeing on a motorcycle – however once you look closer you’ll see familiar details.

The Ibis eBike isn’t a single pivot rear end, instead you’ll see the upper and lower linkage that makes it a DW eBike.

eMTB puts additional stresses on drivetrain and suspension for a variety of reasons. The bikes are heavier for one, they have the capacity for more power, but even more than that as the Ibis marketing mentioned earlier – they tend to make the riding “Downhill Both Ways” allowing riders to attack climbs previously out of the question.

However this requires another consideration to the suspension and drivetrain interaction as riders are now using more power, much deeper into the rear travel. Top tier designers have to factor this into the functionality of the bike. The stresses on the chain, cassette and freehub body have to be managed as well as ensuring eMTB bikes don’t have drivetrain forces that “lock” or resist fluid suspension movement.

Ibis designed the Oso around the rider. With a size range capable of stretching from about 5′ to 6’6″ chances are we can get you fit on the Oso.

To improve performance for smaller riders the Ibis eBike features “mixed” (I guess that’s the new, new term for Mullet?) wheels with a 29″ front and a 27.5″ rear.

The larger diameter 29″ front wheel provides the best roll over with a minimized angle of attack over terrain. Smaller riders will appreciate the smaller rear wheel when cornering or jumping the bike as it provides additional room to move behind the saddle.

Medium, Large and X-Large Oso eBikes feature the 750wh battery. The Small Oso features a 625wh battery due to size and weight considerations – but – most small riders are lighter so the performance tends to even out when looking at mileage…

We’ve highlighted the BOSCH Performance’s performance (is duplicating words still considered alliteration? I’m not sure…) but we’ve talked about how the BOSCH mode selection provides riders with unrivaled capacity to balance the power output for their riding needs.

The setup on the Oso is no different in that manner.

Dialing in the Details

It sounds simple – but – you know, umm, simple isn’t always a thing anymore: but I love that the Ibis Oso features “integrated” front and rear lights. Now, for night riding, etc you’re still going to want a bit more (at least a headlamp in my opinion) but why not have the ability to increase your visibility and draw on the battery you’re sure to remember to charge!?

Of course. It’s one of the things that sets BikeCo apart. Well, that, attention to detail, unmatched after sales service to help you fine tune suspension, tires, cockpit, etc, etc but back to the Custom Oso: Yes, we can do it!

Some common upgrades we’ve seen include upgrading to the Factory Kashima 38 or X2 shock. (Another popular update is to drop the GRIP2 damper into the Performance fork producing a Performance Elite fork with high and low speed compression as well as rebound)

Other riders may prefer Hope or Magura brakes. Not a problem.

AXS anyone? Of course. From GX AXS to XX1 we’ve got you setup with #thebestinMTB

Chat with our team about how you’d like to see your Ibis Oso eBike built up for your particular riding and BikeCo.com will get you on the right bike, at the right price – the first time!