Questions on brake levers? Scroll down to learn more about how the different Magura levers modify the feel.

Build your perfect brake then submit the form. Our team will contact you with pricing and availability! 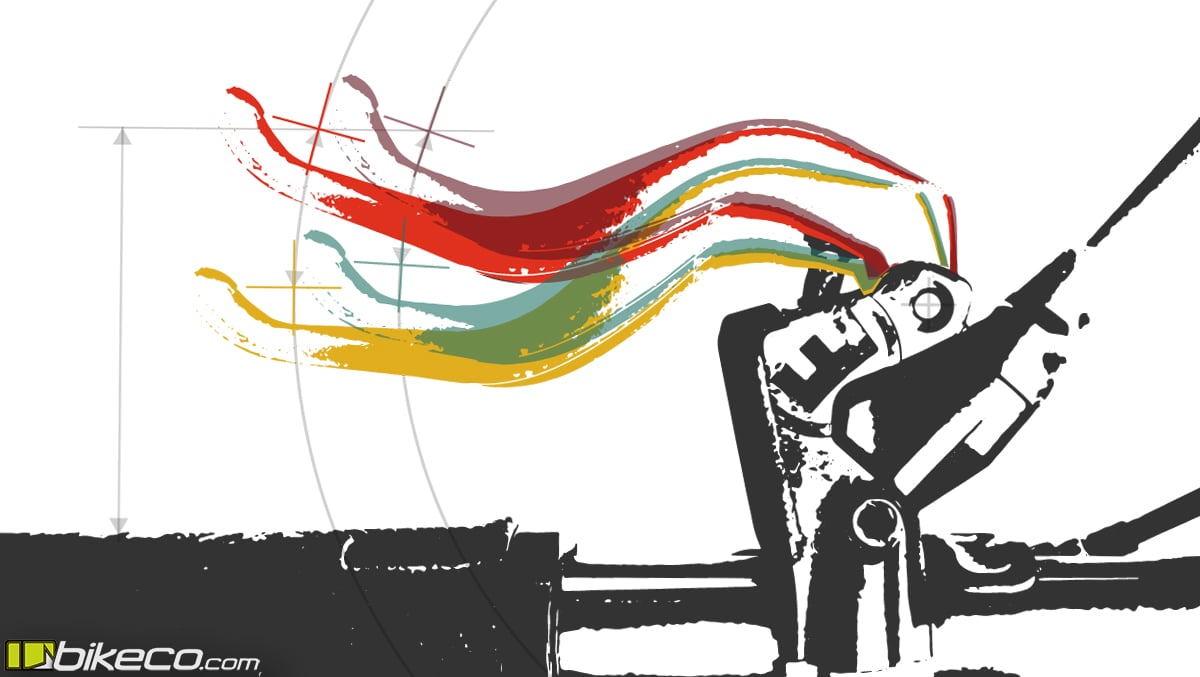 Let’s take a look at longer versus shorter levers. (One isn’t right and one isn’t wrong – but they have different characteristics for different riders.)

The red and gold levers represent a “2-finger” brake lever. We’ve established that you’re going to ride with 1 finger at the end of the lever so “long lever” might be a better name than “2-finger” but it’s all semantics.

The increased throw (distance from max out position to max in position or greater angle slice out of the circle) gives riders a bit more control of modulation.

A potential downside to the additional throw is it requires the lever to travel closer to your grip. That’s one of the distinct advantages to the shorter lever option, particularly for riders with smaller hands.

The shorter lever (in transparent purple) is positioned as far away from the grip as the longer lever. With the piston remaining in the same bite point in both sets of levers we know that they share the same angular full out to full in dimension. However, with the shorter levers you will note the shorter total throw distance which keeps the lever further from the grip (or your middle finger).

(In this illustration we use a singular bite point but there are levers which can adjust lever reach and bite point as an FYI.)

Want to learn more about the Magura MT5Brake? Here’s an older post with a 3 year performance review of the MT5s! They stayed on my bike until recently when I upgraded to the MT7s.

Back to Interactive Pages