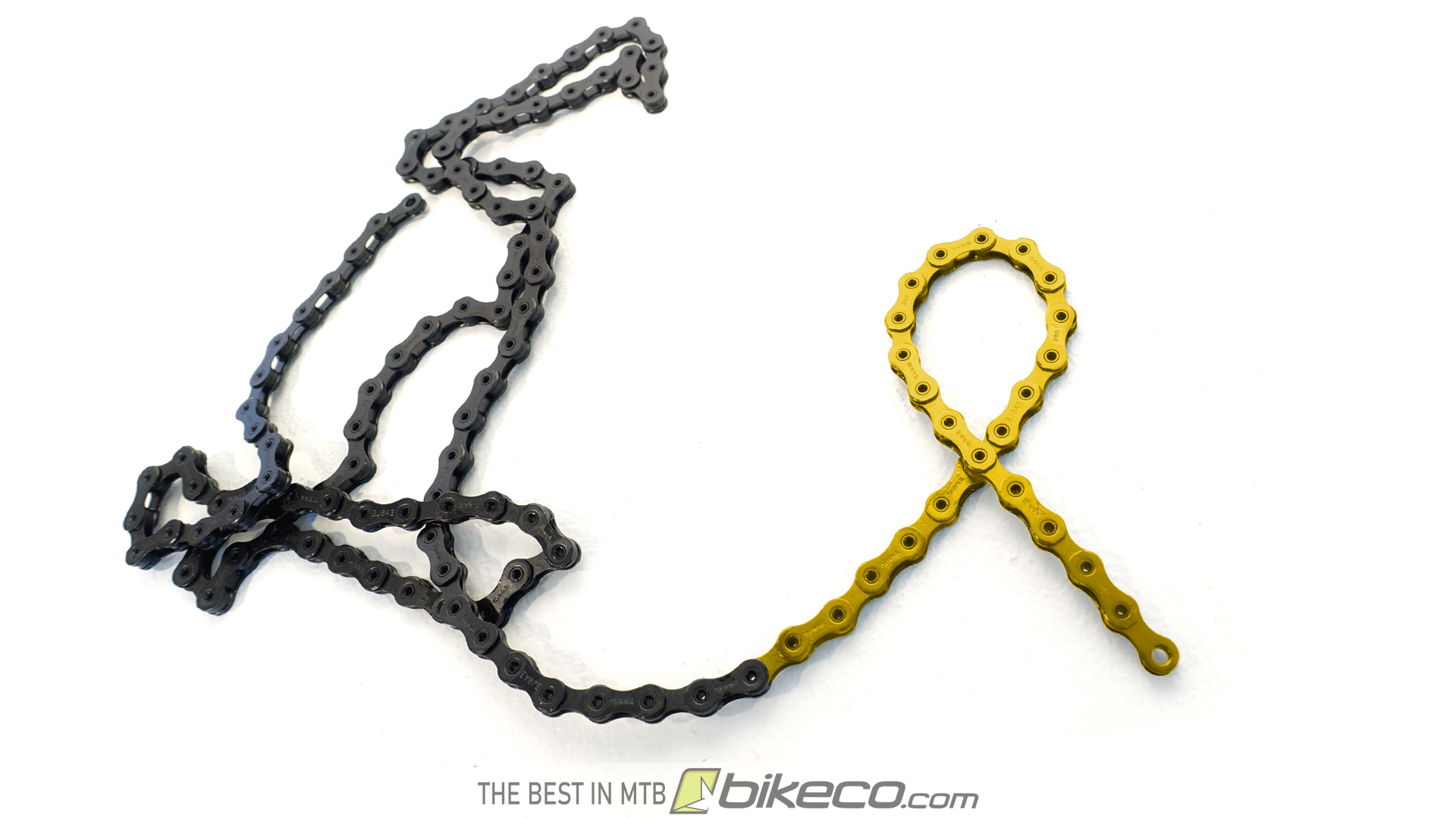 Here’s a non-bike related experience I’ve been sharing. Maybe helps someone navigate the system more confidently or detect something early.

Disclaimer: This involves cancer which is a fucked word for many of us.
Abridged for those uneasy with the topic: My kid is doing good, we’re in the best position possible and in a monitoring state moving forward. Early detection and treatment SAVES and CHANGES lives… Below is a look at 3 weeks that changed everything in my family.

On a Sunday night my wife brought our 8 month old to show me a lump she found on the baby’s rib cage. Below the breast and kind of in line with the front edge of her arm.

As new parents it was a shock. Where did it come from? How long was it there? Based on the amount of diaper and kit changes that kid goes through a day we had to have noticed it pretty quick.

It felt kind of fluid-ish and seemed like it could move a decent amount. It wasn’t red and messing with it didn’t bother the kid.

We called the pediatricians office the next morning and were told they could get us in about four or five days later. Something felt off, so we emailed the doc directly (our pediatrician is awesome) and he made time between appointments and got us in that afternoon.

Doc looked at it, gave us the “it’s always hardest on the parents, but don’t worry its most likely a variety of things X, Y or Z.” Specifically told us not to go down the C word rabbit hole yet. Lump measured about 1cm by 1.5cm.

Still, he had his staff schedule an ultrasound for the next day and fast-tracked an appointment with a pediatric dermatologist at children’s hospital for Thursday.

Tuesday we got the ultrasound, which really was our only what I might call a “failure” as the tech told my wife it all looked fine. Like a cyst. Tech, not doc on that one.

Thursday afternoon at the dermatologist we had the first inkling something might be off. The dermatologist walked in with the head of the department as well. (in my past it’s never been a great sign when the experienced people want to see it!).

They looked at the ultrasound and said to each other they didn’t like the look of “this series of cells”. Heart kinda stuttered. Then we were told “this should be removed before the weekend”. You know. Tomorrow. Heart dropped.

Friday we were fasttracked through the emergency department to have the lump removed. Outpatient surgery late Friday, small incision. A handful of dissolving stitches, some bandages and an uneasy weekend waiting to hear about what they thought it was.

The following Tuesday (so, 9 days into this) we had a follow up with our surgeon.

On a kind of funny note, he’s an older guy and we’re on zoom or whatever. He’s kinda looking around all side to side of my wife and I. We were sitting in our yard, cause it’s San Diego and gorgeous haha.

Well I think he’s just kinda an older guy struggling with the pandemic modern web meetings. Where’s the camera? Is the sound on? No, he tells us he’s trying to figure out which house is ours as he lives on the same street about 5 blocks east of us. It’s a small big world right?

Less funny: he tells us the lump is a malignant tumor.
Our daughter has cancer.

We’re being transferred to Pediatric Oncology who will reach out and make appointments with us later that day. Fucking gut punch like I’ve never had.

I kind of quickly went into what I assume is a Dad mode, having been a father for like 250 days at that point I’m no expert.

Got the appointments setup. Got the extended family in the loop. Got work covered where I could and arranged to worked long or late where I could.

Honestly, I came to grips fast with my baby having cancer. This is the road we’re on. We’ll fight and figure it out. I think it was two days later we would have our first appointment with the oncologist.

My big eye opener: somehow, in all of my personal preparation I had 100% totally not put together “I’m going to a pediatric oncologist – there will be other kids there with cancer”.

Fucking ton of bricks walking into that section of the hospital.

Put on the smile eyes (since we’re all masked) for the kids, who honestly all looked and acted like kids and were appreciative of kind eyes and hello.
Head nods and “all the best” to the other parents. (kinda what I came to terms saying cause “have a good day” seemed stupid as hell)

Every parent had a look merging a b-movie zombie / smiles and joy to the kids / and that prize fighter “locked in” look before a fight, you know the you can put anything in front of me and I’m coming through it till I can’t come anymore.

Oncologist explained the baby’s tumor was a type of rare Sarcoma, it was unlikely to metastasize to other areas although a scan was needed to ensure it wasn’t in her lungs where they suspected this type of cancer would go if left to its own. A CT scan would determine lung condition.

Pathology on the removed tumor showed cancer cells at the edge of the margins. Another surgery would be required to clear margins. Kind of vibed like “more of the same” of the first surgery.

Prior to the scheduled CT/MRI day and second surgery we met with 1 of the 2 surgeons who would be working to clear the margins. Surgeon explained that this would be a notably more invasive surgery than the first with a substantial incision, possibility of muscle removal depending on depth, it would be in-patient and she would be admitted to the hospital for at least a night maybe two.

This was a real low point for my wife and I. We knew we were in good hands and we trusted the team – but it just felt like every appointment had a doctor stepping us a little further down without any real estimation of where the bottom could be.

We had about a week and a half before the next batch of activities to kind of stew on it all.

Got through the CT (checking lungs) and MRI (looking for cancer cells). Because of her age it involves general anesthesia – which is considered relatively safe over 6 months. (I mean we’d made it by 2 months so we had it on lock right?)

Four days later we took her in for the more substantial surgery.

In the minutes before they took her to anesthesia we met the second surgeon. He explained his role and the possibility that there might be various things used to rebuild the wound if needed, including some sort of x-men esque sounding bovine / shark cartilage mesh.

Literally 5 minutes before they took her he explained if they found it had attached to the rib that would have to be removed, but most likely it would be a third surgery as a third expert would be needed.

Not been mentioned at any time previous and quite the moment to process.

Surgery went well and quicker than thought. She stayed 1 night in the hospital and we brought her home the next day with her incision closed internally with dissolving stitches and externally with Dermabond.

No bandages made for quite the sight. But, the kid was acting like no big deal waving arms, sitting up, doing all of her normal stuff without much indication of pain or discomfort. She never even scratched at the wound.

I on the other hand had sympathy pains for a week and found myself favoring my right arm!

A few days passed and we got good news. We had clear margins. Things were looking as good as can be.

Here’s the real life lesson: speaking with pathology and oncology we learned about recurrence based on tumor size.

Tumors smaller than 5cm (now sorry, for the life of me I can’t recall if it was sq cm, or length, or length and height – all I know is ours came in smaller than the 5cm) but under 5cm with clear margins recurrence rates were expected at about 10%.

If the tumor was over 5cm, again, can’t recall exactly which measurement they mean, but over 5cm and even with clear margins the recurrence rate would be approximately 50% – or 5 times more likely.

For reference: the tumor when removed during the first surgery measured 1.5×2.5 cm. It had increased 60% from the pediatrician’s / ultrasound measurements in something like three days.

The coordination of our medical team, and push from my wife, to get things moving paid real, tangible dividends in recurrence, and therefor survivability, percentages for our daughter.

You know, many of us who live in these “extreme” sport worlds see ourselves as invincible. We’re not.

Odds are even if you found a similar bump it’s not cancer. But, keep an eye on your body and invest in your health. Early detection and treatment SAVES and CHANGES lives…

Are we done? No. We’ve got 5 years of scans upcoming. For the first two years every 3 months we’ll go in for an MRI. After two years it slows to every 6 months. But, we’ve got the best odds for the best outcome based on the speed and diligence of our medical team and we can’t ask for more than that now that everything’s changed.