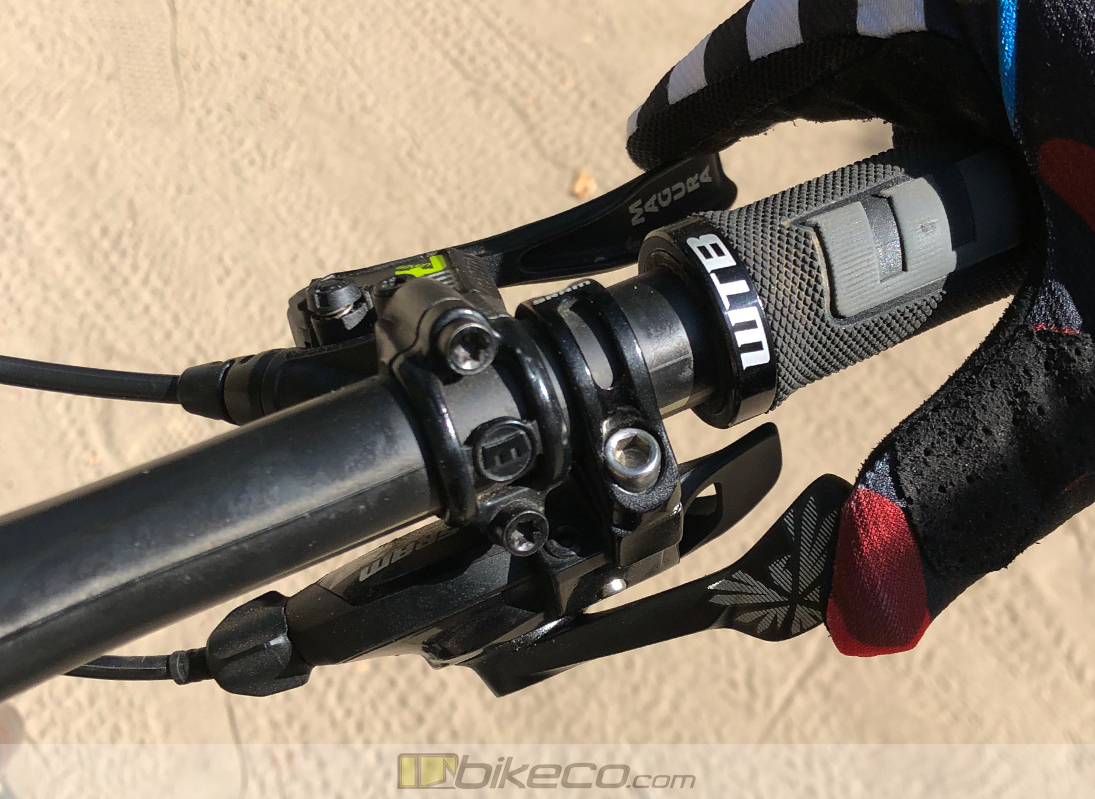 SRAM’s GX Eagle drivetrain has been far and away the most popular option over the last couple seasons. Whether you’re looking at the value on a factory build or even spec’ing a full custom the SRAM GX option is worth a long look. After a few months running it on my personal bike here’s a GX Eagle review.

I’ve been running SRAM drivetrains, typically X01, for years now. There are a handful of reasons that I went that direction, all of which are still applicable with the GX options.

Building my last bike using the SRAM GX Eagle options allowed me to rearrange where I spent my budget. Like many of our clients I ended up with custom Chris King wheels, Magura Brakes with the GX Eagle drivetrain.

What initially moved me to the SRAM options was the longer service life of the components. I was blown away with how long my X01 cassette lasted compared to the Shimano options I was running. With some basic cleaning and regular lube the SRAM Eagle drivetrain.

The GX cassette might be a bit softer than the X01 but so far it has performed excellent. I say it seems a bit softer as if I hack a shift now and then I have to straighten a tooth on the cassette. Nothing so bad it wouldn’t work, it just bends enough to get a tiny “tick”. In the several months I’ve been riding on this cassette I’ve likely bent two or three teeth back. Not a big deal.

What I like about the GX cassette over the NX cassette is the XD driver system. While the NX uses a standard hub driver, which makes it NX Eagle a great upgrade if you’re looking to save money from your previous option, the GX uses the threaded XD driver. This is the same driver as the higher end X01 and XX1 cassettes. So when it is eventually time to replace the cassette you can consider the upper tier offerings without changing your hubs.

GX Eagle components won’t break the bank to put on your bike. Nor will they break the bank if you, ah, break one! Nearly all of our junior racers run the GX Eagle rear derailleur. The lower price point means less tears shed if you find that giant rock in your race run… GX components work well and are reasonably light too. You’re not sacrificing much!

SRAM Eagle components are interchangeable, with the exception of the NX cassette as mentioned above. That means we see full custom builds, XX1 or X01 cassettes and shifters, Race Face carbon cranks, etc, etc that will feature a GX rear derailleur “just in case”. I personally run the entire GX kit with an XX1 black chain.

I run the XX1 chain for a couple reasons. First, it’s black. Those who know me know its kind of a thing for me. Second I do feel that the upper tier SRAM offerings have slightly improved finishes and production qualities which give them a bit more service life. I’m 100% sure a GX chain would work great, I just wanted something a little different.

I wouldn’t run GX components if I thought there was an enormous performance deficit. The GX components are a bit heavier as a result of not having such exotic materials (the exotic materials do add a bit to the service intervals of the upper tier SRAM in my opinion – but not a large quantifiable percent). The GX drivetrain behaves appropriately. It offers clean shifting and doesn’t require a ton of adjustments.

Back to I Shift SRAM. One of my very favorite aspects to the SRAM drivetrains – from NX, GX, X01 to XX1 – the SRAM design shifts and holds gears in a much wider range of cable tension than Shimano. Albeit not AXS, since its’ bluetooth. Haha

Now, Shimano has good shifting as well. In fact, their systems may even feel a touch more “smooth” compared to SRAM. But the downside to this for the ultra smooth feel cable tension has to be pretty precise.

SRAM’s system might be a bit more, er, well, less “smooth” (it’s definitely still smooth, I wouldn’t say clunky or anything) but it will shift with a much wider range of cable tension. So it suffers less from cable stretch or as the cable housing ages and applies different pressures.

One of my favorite analogies on it, I’m not sure the team at SRAM loves it as much as I do though: think of your SRAM drivetrain as a race car transmission. It might not have that luxury touring shift (AXS does though, number 1 complaint from my staff riding it is ‘it’s so good I don’t think it shifted then I shift more!’) but that race car shift isn’t going to miss gears. It’s going to get the power down and it’s going to be able to take more abuse.

I have enjoyed my 12sp SRAM GX Eagle drivetrain immensely. It’s functional, it looks good, it works with other SRAM offerings and I don’t have to mess with it. Frankly, the last bit is one of the most important for me. I don’t mess with it. I think it’s been 2 barrel adjustments in the last six or so months of a click or two each. Not eating into my free time for maintenance is important to me. I take decent care of my bike – but I’m not the one who’s wrenching on it weekly, hell not even monthly. A slight tune up now and then keeps my bike high and tight. And that’s what I want. Something I can grab, jump on and know it’s going to work.

Like all 11 and 12 speed systems the GX Eagle is happiest when it’s cleaned and lubed. You don’t have to go at it with a tooth brush like a forensic archaeologist, but a quick go through on the chain and derailleur pulleys with a rag goes a long way. I suggest lubing your bike prior to each ride. I also suggest finding the right lube for your ride length and condition.

For my personal riding I utilize T-9 by Boeshield or Dumonde Tech Lite. Both of these work well for our dry conditions and 1 to 3 hour rides. If you’re looking for something with a bit more staying power, for longer rides or in more aggressive climates, the Dumonde Original works excellent.

Thanks for the read and I hope this gives you some insight on why I chose the SRAM GX drivetrain.